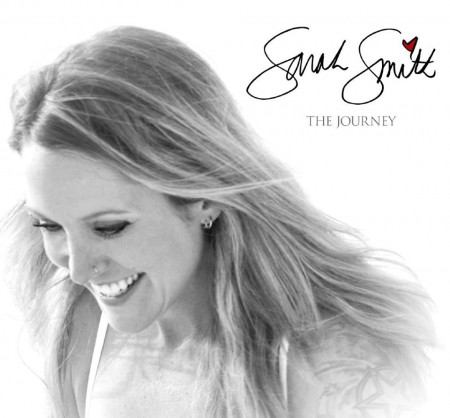 As she shares her third full-length CD, 11, with the world, the London, Ontario pop/rock singer-songwriter is reflecting on lessons learned and dreaming of a bright future.

“This album sums up the last few years of my life,” Sarah says. “Searching for happiness, I came across misery. Wanting to succeed, I discovered how to fail. Trying to balance, I ended up falling. Looking for answers, I found them here all along. And, in all of this, I was able to continually grasp on to hope that life was putting me exactly where I needed to be.”

Produced by Juno-winning engineer Kevin Doyle, 11 is Sarah at her insightful and vulnerable best. The record features 17 new songs about love, life, and seeing the good in things – even the dark things.

11 follows Sarah’s previous full-length CDs, Stronger Now (2012) and The Journey (2014). Like her previous work, the CD weaves through a variety of styles, from rock (Changing My Mind, Runaway Stay) to pop (The Dark, Girl, Undertow) and country (Lay It On The Line, Sunrise). Also like her previous work, 11 features her honest lyrics, memorable hooks, and absolutely unmistakable voice. The album introduces some new sounds to her music as well, with different songs including horn arrangements, cello and steel drum.

A seasoned road warrior whose full-time touring schedule dates back to her days in Canadian rock band The Joys, Sarah continues to feel most at home on-stage. She plays nearly 300 shows per year, primarily in Canada, the United States, and Europe. Along the way, she has shared the stage with artists including Melissa Etheridge, Sass Jordan, Emm Gryner, Craig Cardiff, Joel Plaskett, David Wilcox, and many others. Whether it’s just her and her acoustic guitar or her full band, she is a mesmerizing performer. The 2015 DVD Sarah Smith: Plugged and Unplugged captures Sarah and her band in peak form, both live and in the studio.

Sarah has won and been nominated for many awards throughout her career. Her video for Into the Light, directed by Stacy Poulos and shot in California, won both a 2016 Telly Award and a 2016 Akademia Music Award for Best Video in the Pop Rock category. In 2015, she won the Toronto Independent Music Award Best Adult Contemporary honour, plus the Best Rock Artist at the London Music Awards, and Best Rock Artist at the Jack Richardson Music Awards. Music from The Journey has been featured on shows including CBC’s Cracked and the movie Anatomy of a Love Seen, directed by L.A-based director Marina Rice Bader.

While the accolades are appreciated, Sarah says for her it’s still all about the music.

“In the end, 11 is about blessings,” she says. “Sometimes you have to take a step back and appreciate the blessings in your life. Music is one of mine, and I’m excited to share these new songs with people all over the world!”