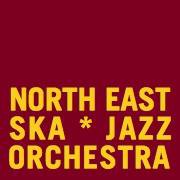 The North East Ska Jazz Orchestra is an 18 piece big band formed in the summer of 2012 with the intent to bring together the many people in the north east of Italy who were professionally active in the Jamaican and Afro-American music scene.

In the spring of 2014 the first EP “Music for Marikana” was issued thanks to the support of Time for Africa association, with which the band collaborated in building a center for culture and education in the center of Marikana, a mining area of Africa. In 2015 the band released its first record “Stomping and Rolling” thanks to a crowdfunding to which the public responded excellently. The album was recorded in Studio Jork in Koper (Slovenia), mixed and mastered at the Volcano Lounge, Sherman Oaks (California) by Brian Dixon and published and distributed by Brixton Records (Bilbao, Spain).

The band started touring regularly from the summer of 2016 and played in Italy, France, Spain, The Netherlands, Germany, Slovenia and Croatia, participating in important festivals such as Rototom Sunsplash. In 2017 a 7 inch vinyl single was released with the collaboration of two of the most representative and important artists in the ska genre: Fred Reiter (New York Ska Jazz Ensemble) e David Hillyard (Slackers, Rocksteady 7).